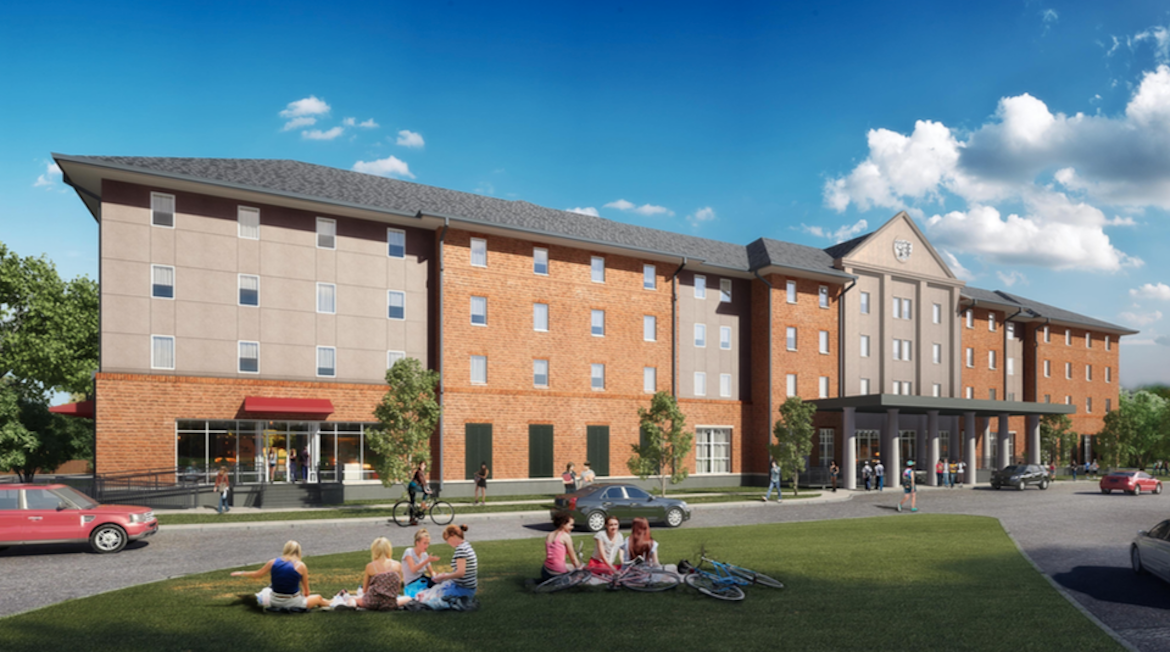 The 60,000-square-foot building will house up to 135 students who are either local or out-of-state. Set for completion ahead of the 2018-19 school year, the four-story building will have single bedroom suites, two-bedroom suites equipped with living rooms, and four-bedroom suites that have kitchens. Officials said the rooms also have private bathrooms.

Officials touted the construction as one of the largest economic development projects this year on the West Bank of New Orleans. It would not only be the West Bank’s first-ever university residence hall, but it is also the latest construction task at the Catholic university since the building of its A&P Lab in 2004.