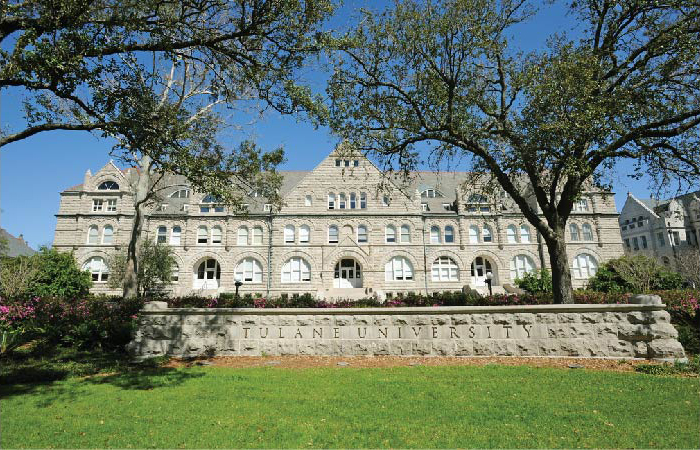 Tulane is one of the most highly regarded and selective independent research universities in the United States. Founded in 1834 as the Medical College of Louisiana in response to the many epidemics that devastated the region’s population, Tulane is home to 11 schools and colleges offering undergraduate, graduate, and professional degrees in architecture, business, engineering, law, liberal arts and science, medicine, public health and tropical medicine, and social work. Tulane has also earned a reputation as one of the most prestigious universities in the country. As the only Louisiana member of the prestigious Association of American Universities, it is consistently ranked among the top 50 universities in the nation. With research and educational partnerships that span the globe, top-ranked programs in the academic and professional schools, and its location in historic New Orleans, Tulane University offers an unparalleled educational experience.